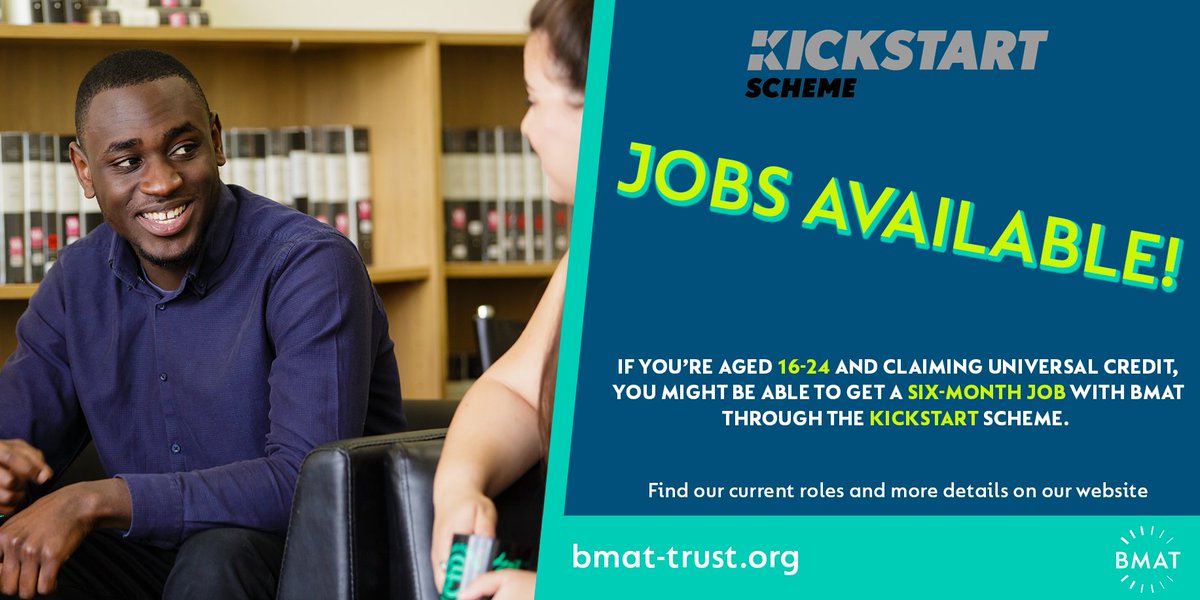 We're proud to be offering a variety of jobs as part of the @GOVUK #Kickstart scheme. If you are, or know someone, aged 16-24 claiming universal credit there may be a job suitable with BMAT as part of the scheme. Find out more about each of our roles on https://t.co/aCEPJ4mD6E https://t.co/tBRuKMQtia

Today we took delivery of our brand new Harlow based mini bus. 🚐 Keep an eye out for it as it transports our students to sports fixtures, trips, visits and more! https://t.co/AVpMlJJzfp 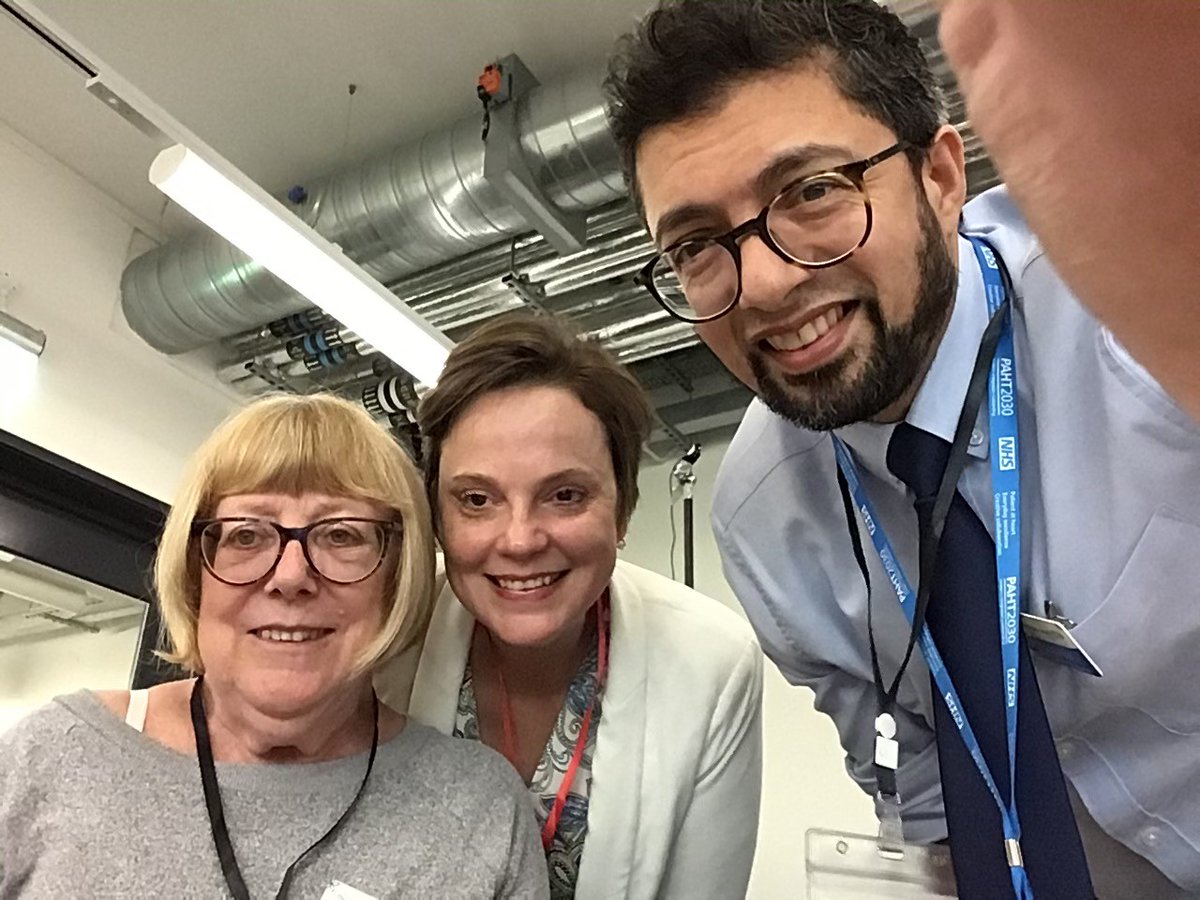 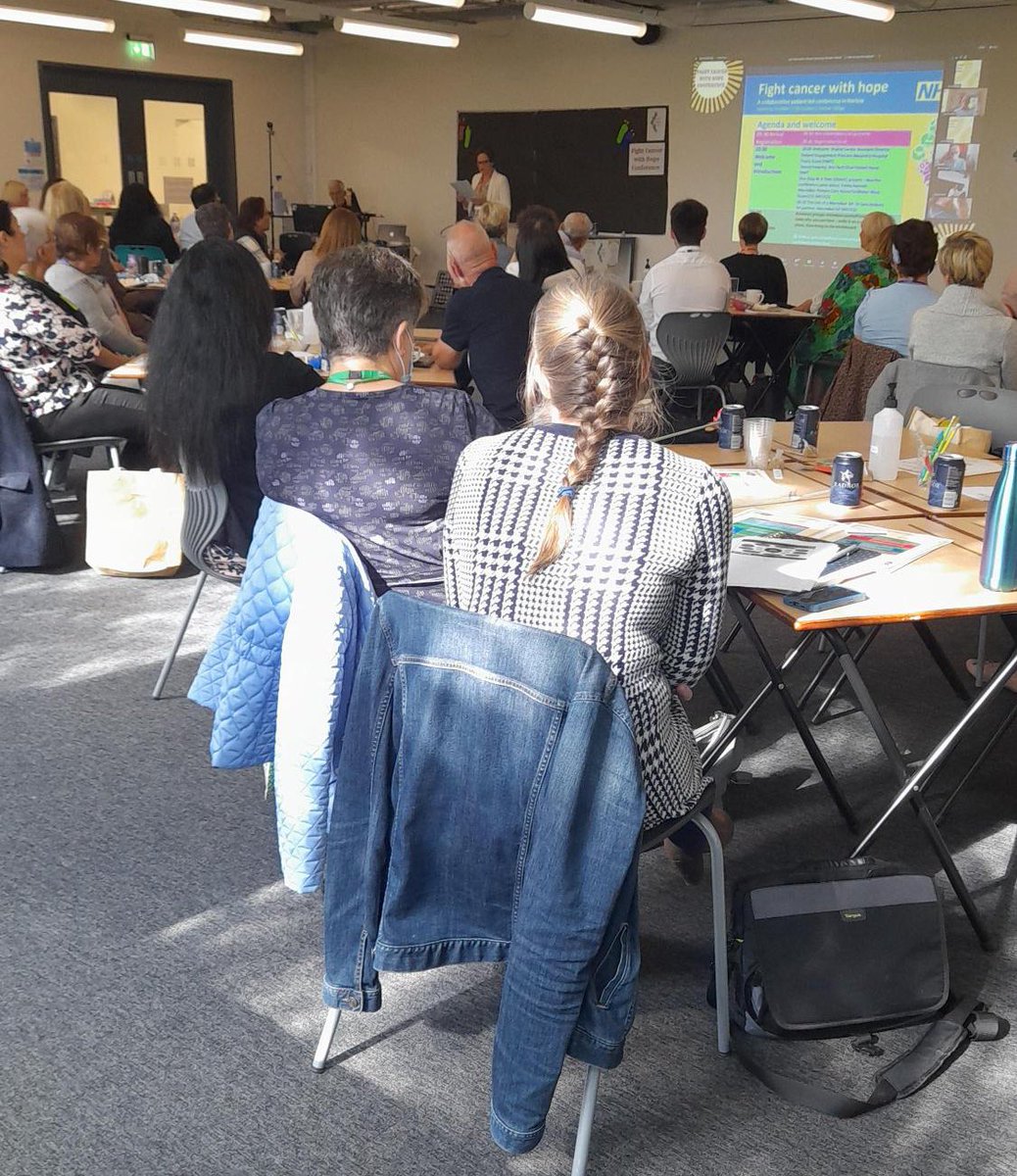 One of our #UTCs in Harlow is hosting the NHS Fight Cancer with Hope conference today, with students designing and setting up the event. We'll enjoy seeing the updates from @BMATSTEM throughout the day! #thinkUTC #UTColleges #NHS #Cancer https://t.co/ws83lFz8vF 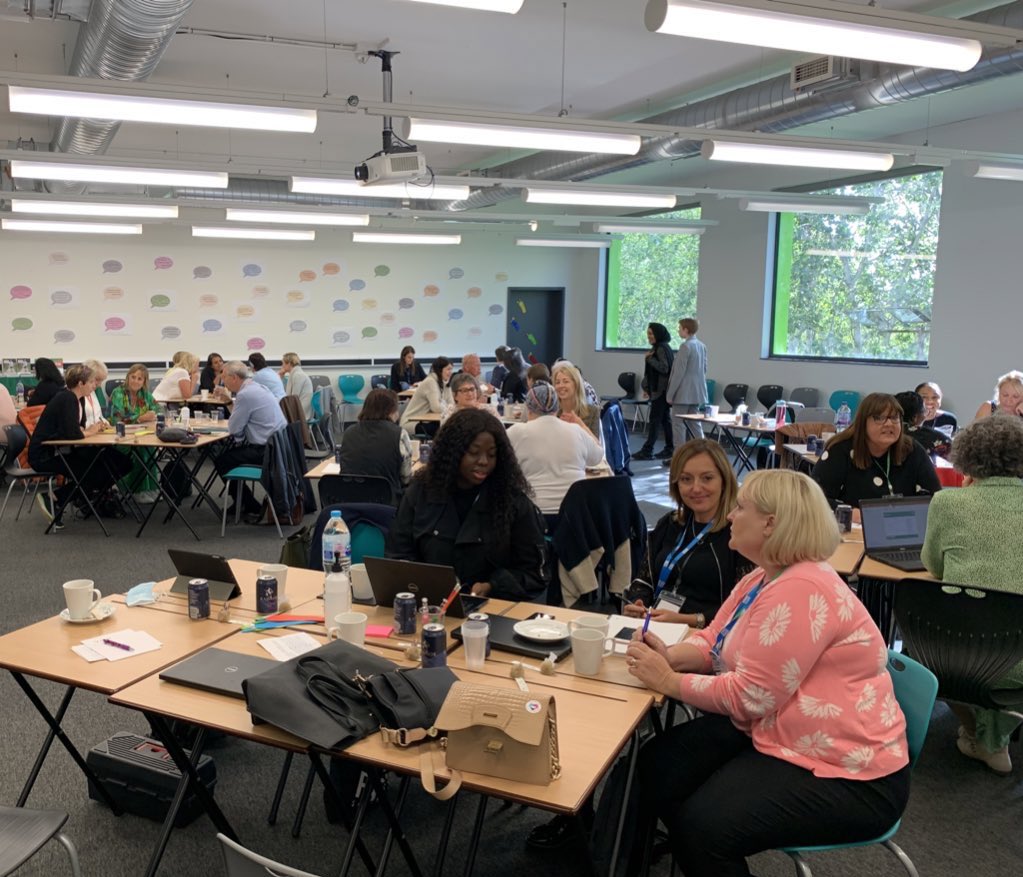 The @NHSHarlow Fight Cancer with Hope Conference @BMATSTEM is in full swing with delegates in person and online. Our students have done an amazing job with the concept, design, setup and on the day support. #onestepatatime @UTColleges @panel_patient @BMAT_Trust @yourharlow https://t.co/ybGxM6bUBD 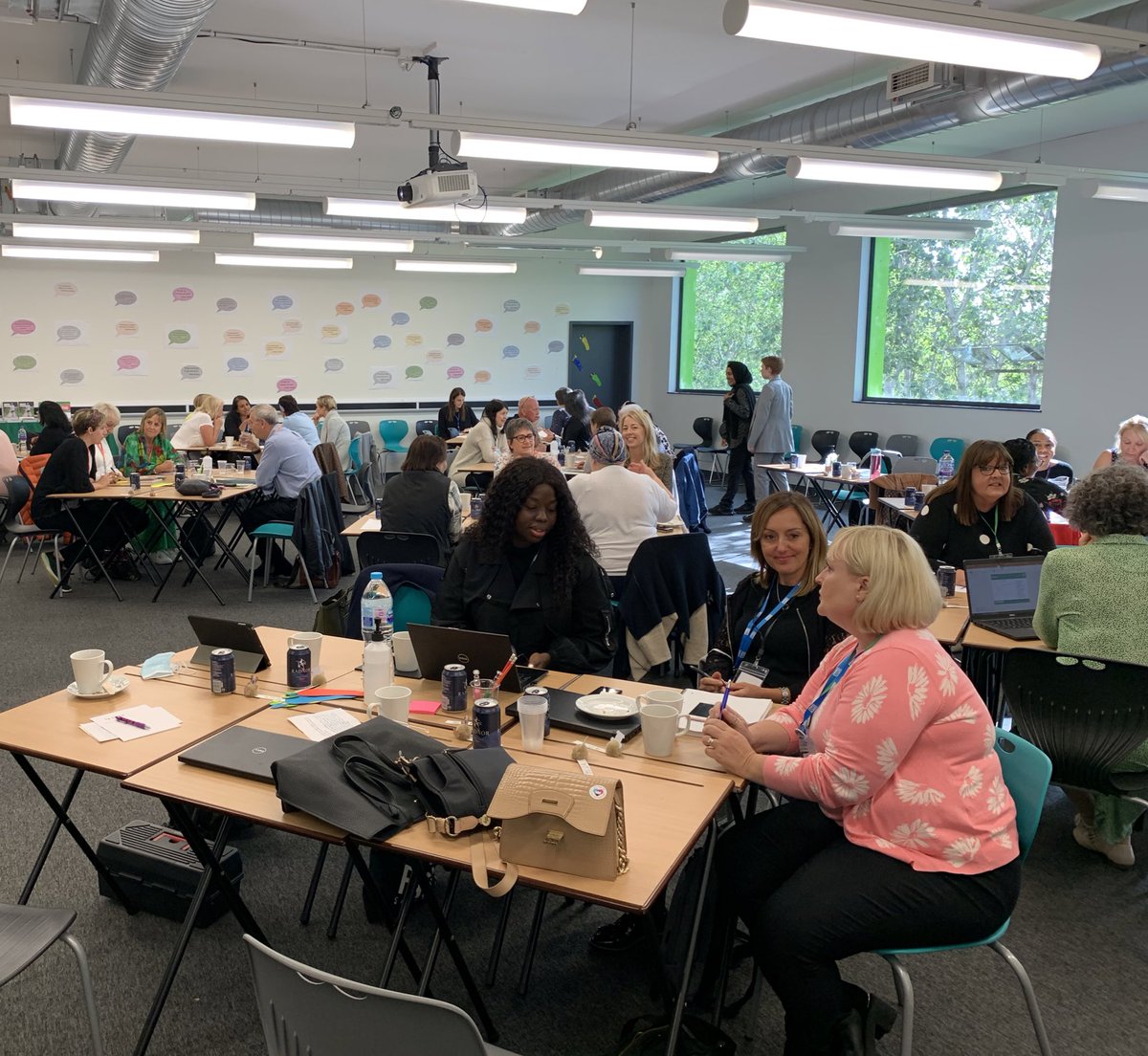 The @NHSHarlow Fight Cancer With Hope Conference is in full swing with delegates in person and online. Our students have done us proud with the concept, design, setup and on the day support. #onestepatatime @panel_patient @UTColleges @BMAT_Trust https://t.co/sFra0n7mYQ 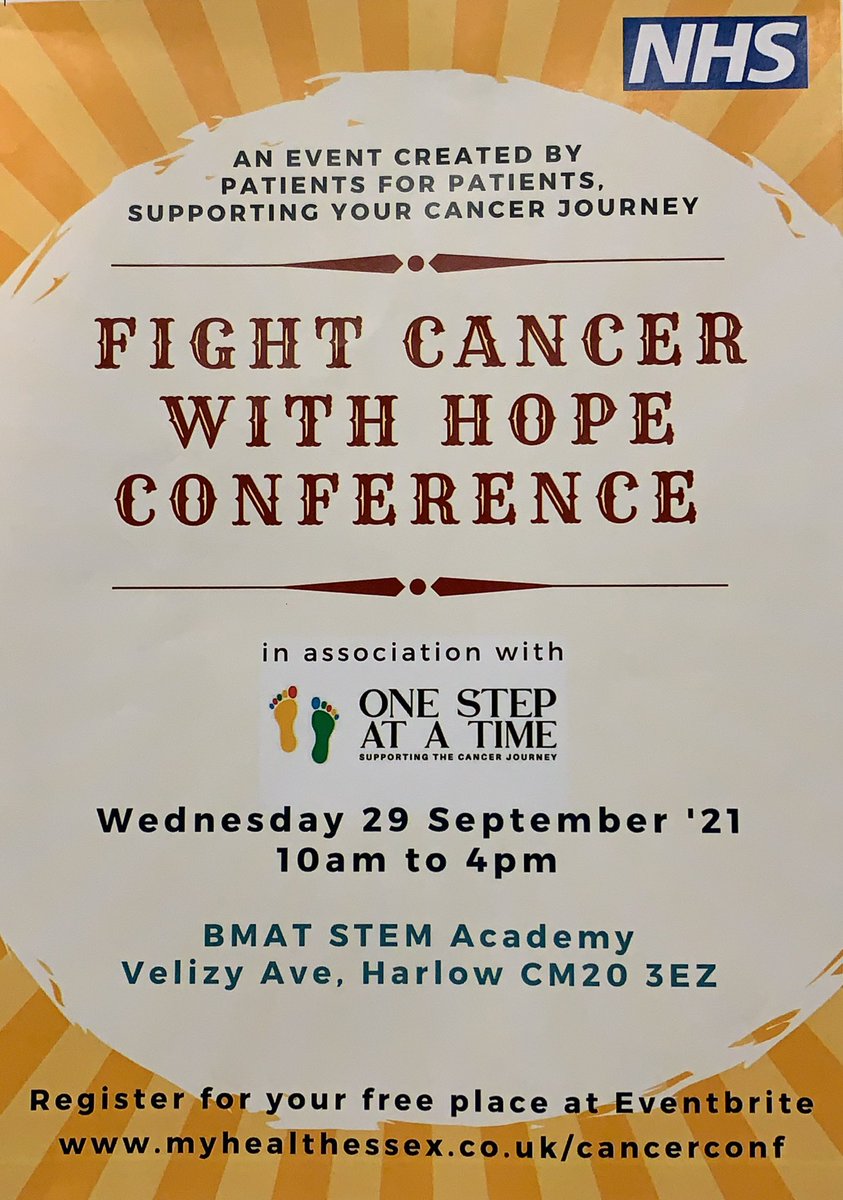 BMAT STEM Academy, in collaboration with @NHSHarlow invite you to the Fight Cancer with Hope Conference @BMATSTEM. Register for your place here: https://t.co/ArGE07F8T3 https://t.co/QdLwjuqYi5 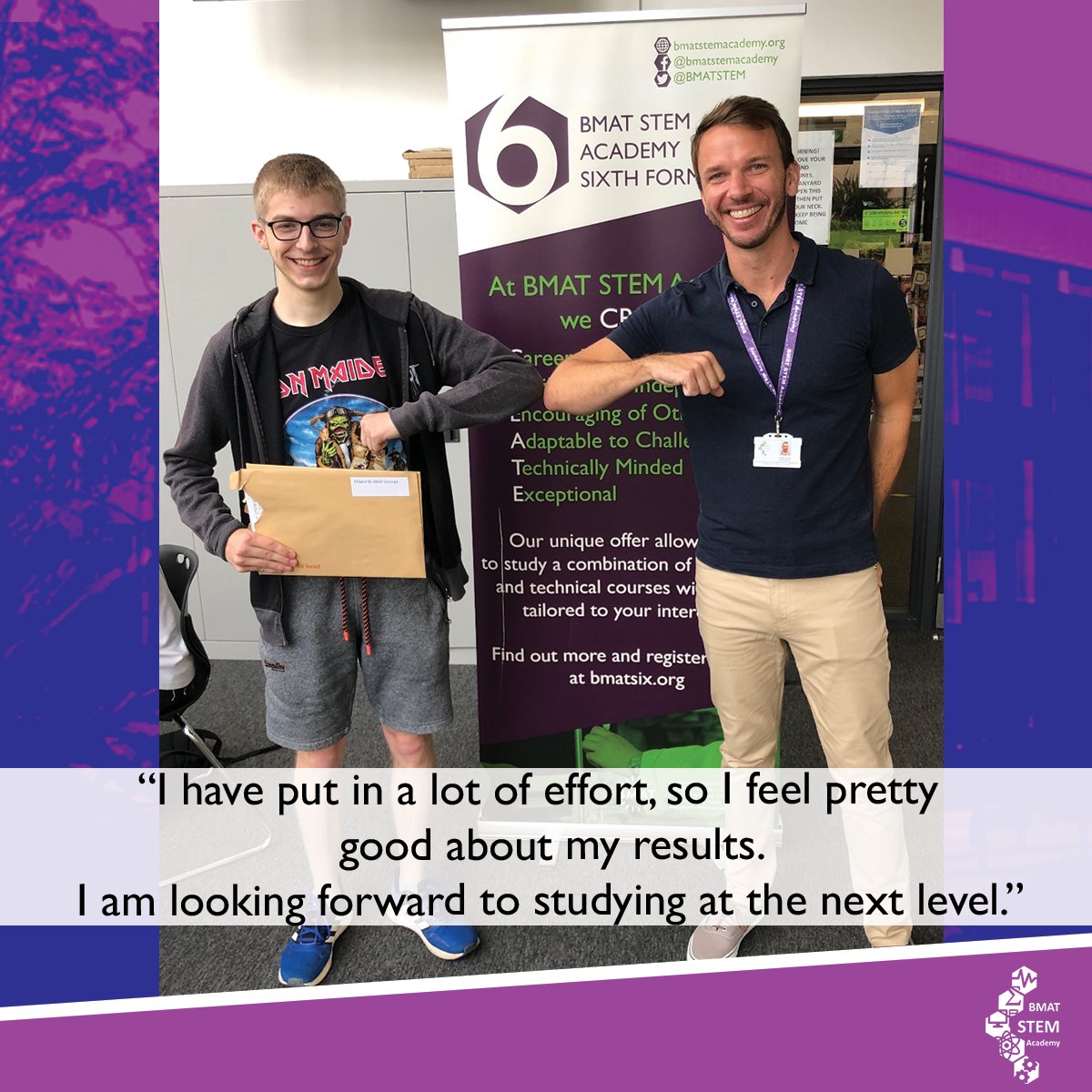 "I have put in a lot of effort, so I feel pretty good about my results. I am looking forward to studying at the next level." https://t.co/gUjIFnSvD4 https://t.co/wztruPoySB 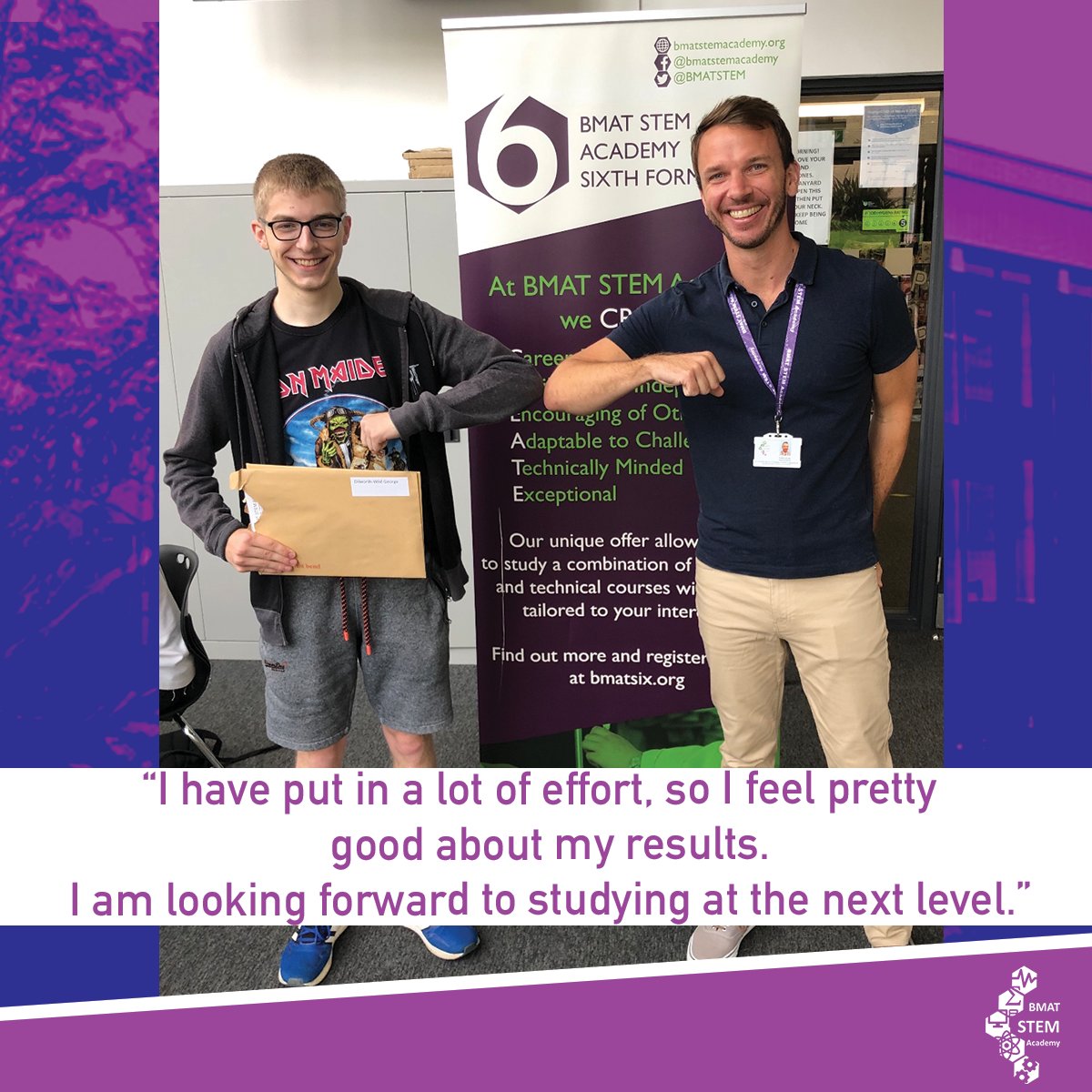 "I have put in a lot of effort, so I feel pretty good about my results. I am looking forward to studying at the next level." https://t.co/gUjIFnSvD4 https://t.co/h7hnfVk6tk 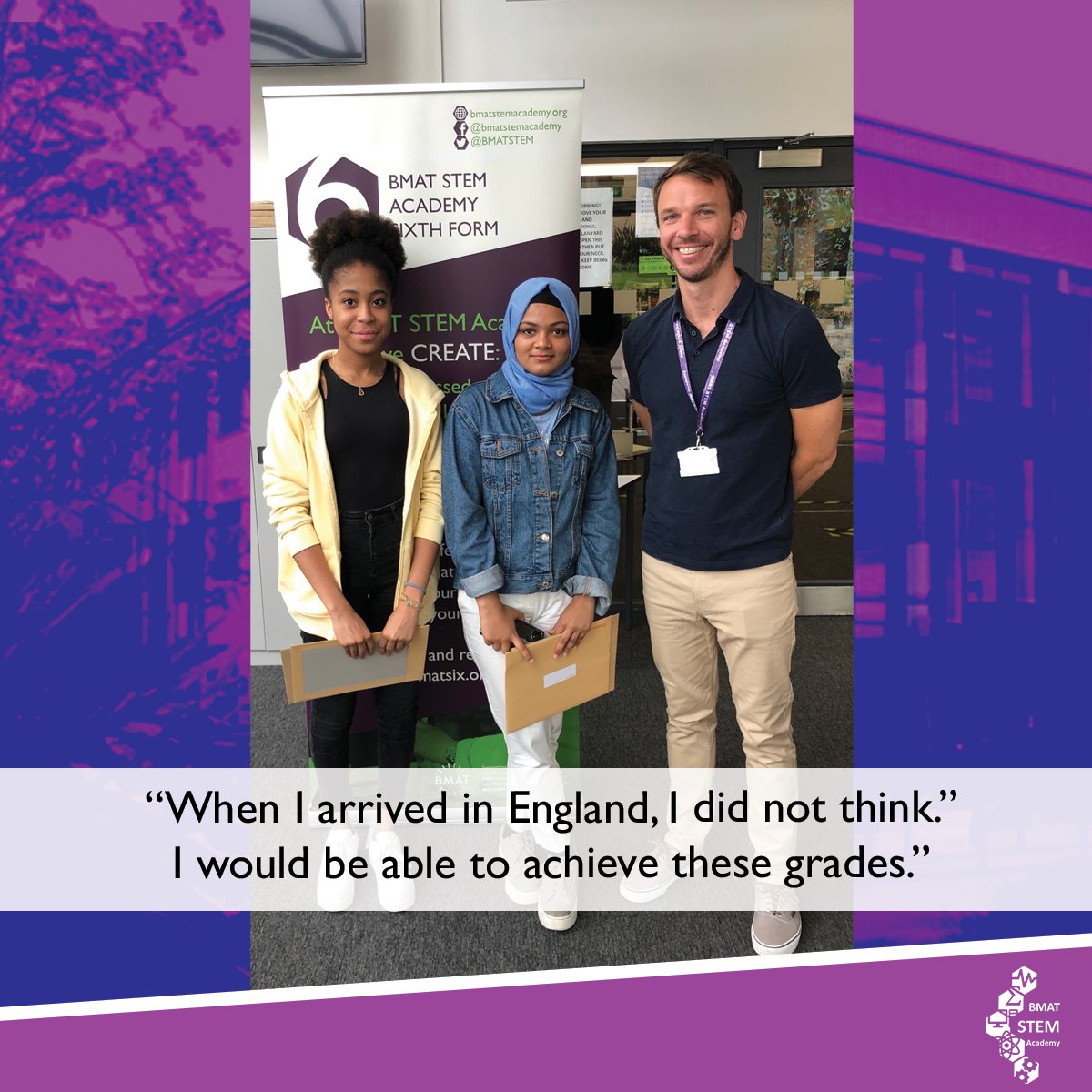 "When I arrived in England, I did not think I would be able to achieve these grades." https://t.co/gUjIFnSvD4 https://t.co/xiJ4Y0dY1j 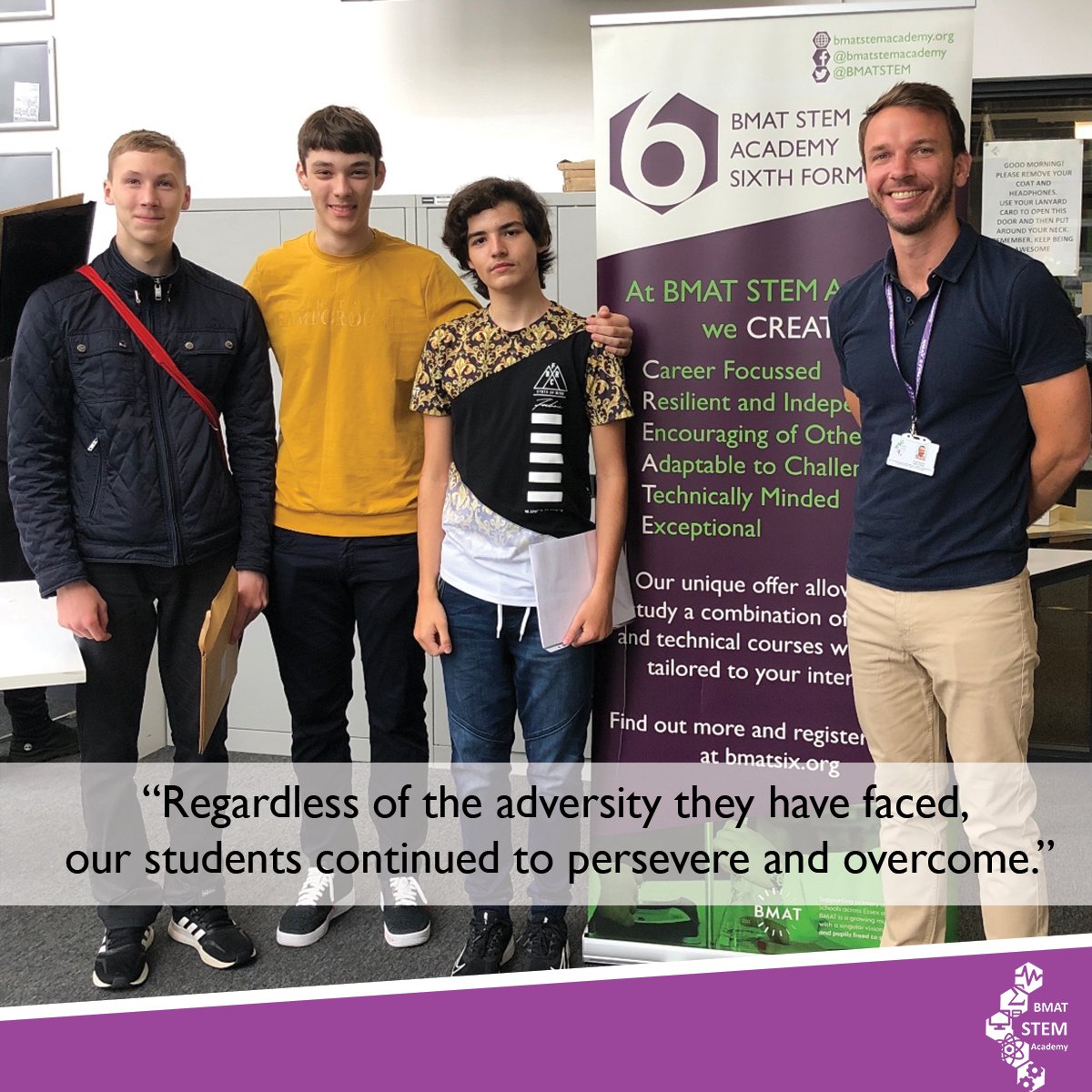 "Regardless of the adversity they have faced, our students continued to persevere and overcome." https://t.co/WB4KWi0P10 https://t.co/NEgGd49Qn2

A huge congratulations to all our Year 11 students on your amazing results!We could not be more proud of you. Sixth form enrolment continues today until 4pm, and tomorrow from 9am - 1pm. @yourharlow @BMAT_Trust #proud #wecreate 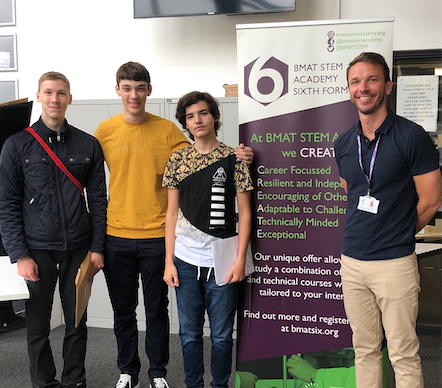 Out Now! 🌟 The new issue of Latitude - The magazine for BMAT Schools, Parents and Communities. Read it online here - https://t.co/aqc2Xy6VVz https://t.co/KdyaAhJ1Aq

BMAT recently appointed a director of @BMAT_SEND to help children to reach their full potential. The former headteacher has started his work by bringing together experts from across the Trust to share best practise. https://t.co/dXL7gGTkgX https://t.co/btrvCXMwsv

Delighted to be partnered with @BMATSTEM, such a talented group of young people. The @astro_lighting can't wait to see their final designs! #Harlow #CorporateResponsibility #SocialImpact #Sustainability #CSR https://t.co/4X15i2gu7T 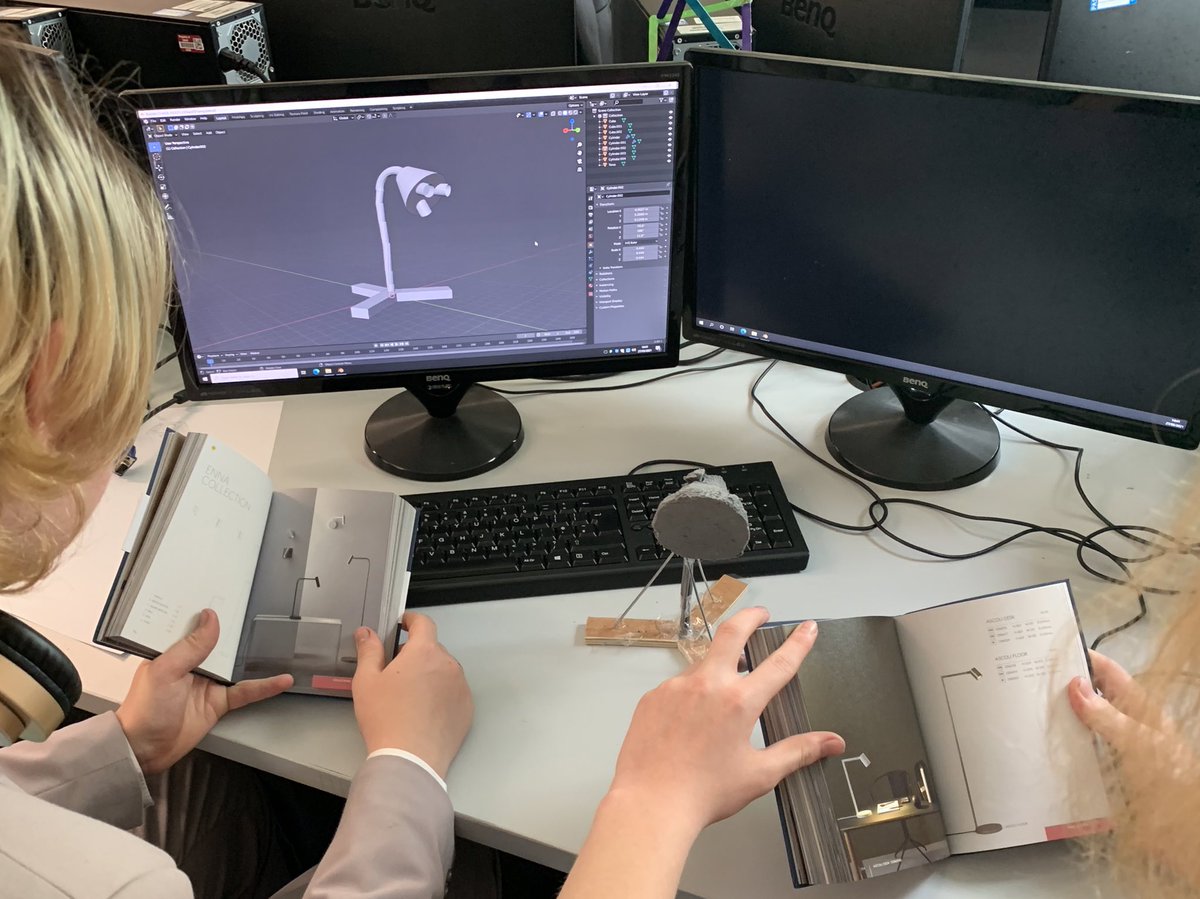 What a great afternoon! Year 10 working on their sponsor project from @astro_lighting, Year 11 learning about the science of chocolate and Year 12 economists learning about Monopolies in the best way possible. @yourharlow @UTColleges https://t.co/mF7YMWsUz1

Supporting primary and secondary schools across Essex and North & East London, BMAT is a growing multi-academy trust with a singular vision: schools, teachers and pupils freed to succeed.

Previous Next Back to News 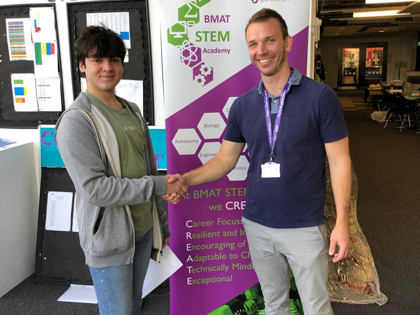 Parents are heaping praise on a unique school which has seen their children earn qualifications in STEM subjects.

The school, along with others within BMAT, puts students forward for courses early to take the pressure off in Year 11.

Opening just one year ago, the school has a business focus and prepares young people for careers within the areas of science, technology, engineering and maths (STEM).

He collected grade 6 in French and computer science.

Mrs Burling said: “Ever since he was younger, Josh has been into science and maths, so BMAT STEM really appealed to him straight away. When we went to the open day, I was blown away by it and Josh absolutely loved it. It seemed just right for him and targeted everything he was interested in.

“Being at BMAT STEM with small class sizes, Josh is getting his chance to be noticed. He’s never been a top achiever or a naughty child, but now he is noticed for his ability which is what I like about it.

“He has been coming on in leaps and bounds this year. BMAT STEM has been amazing for reaching into Josh and finding his potential. He is excited for his future and what that might entail.”

Josh said: “I’m feeling brilliant. I can’t wait to get back to STEM and do my other GCSEs now.”

Alan Delciampo was so determined to attend BMAT STEM, he didn’t let an hour-long commute from his home in Welwyn Garden City stand in his way.

He picked up grade 7 in engineering and computer science.

Dad Frank said: “It was a big decision for Alan to move to BMAT STEM. He is into technology and likes robotics, computers and science, so it gave him a lot to think about. I told him if he wanted it enough, it would be worth the effort.

“He is committed to it and he’s doing it. His results are great; he feels good about it and is learning a lot. He’s looking forward to getting into the best university he can and to going into programming or computer engineering.

“BMAT STEM has been the right choice for him.”

Tara Osman-Lakhani was appointed Head STEM Creator – the school’s equivalent to head girl – during the first year. She collected grade 7 in French and grade 6 in engineering, despite “doing appallingly badly in her SATs at private school”.

Mum Dr Rabia Osman said: “We found that buying a private education doesn’t work, so we moved Tara to Burnt Mill Academy where she discovered she could actually progress quite nicely and moved her way to the top sets.

“When BMAT STEM was pitched to her, she was blown away and was so inspired; she insisted I go and take a look. I really thought it was going to be experimental and that I was taking a huge risk. But, I was really reassured that actually what they were aiming for was something really supreme.

“It was a gamble, but oh boy has it paid off. I am absolutely delighted. These results have just confirmed it.

“BMAT STEM has done so well in such a short amount of time. It is amazing. I hope they continue to pitch at that level for the future. If this is the beginning, imagine how great it will be in five years’ time.”